In 1964, Michael and Lucy Morrelli founded the first Children’s Classic Childcare center, formerly known as Children’s World, in a humble 3-bedroom duplex. The small daycare center grew to a 30 children capacity with a large waiting list. In 1965, Children’s Classic was built next door with a licensed capacity of 100 children. Due to the love of children and an interactive preschool program, Children’s Classic expanded to 200 children in 1968. During those first years, the center cared for children ages 2 to 12 years old and offered kindergarten as well as grades 1-3.

Lucy Morrelli was honored with the success of one of the first group childcare centers on a state and national level, receiving several awards. In 1975, Lucy studied abroad and visited several European childcare centers. While she was in Europe she gained new insights and explored unique methods which she later integrated into the preschool curriculum at her center. One of the unique styles of teaching she learned, loved and had a passion for was Threshold to Music. This meant she would incorporate different music styles and instruments such as the Orph into the program at her center.

In those days, Children’s Classic was known for its take and pick-up van which would transport children from their homes to school. The favorite van driver was Michael Morrelli who the children called Mickey Mouse. Mike and Lucy often looked for ways to be creative with the children, make them smile and give them positive experiences. Lucy loved parade floats and looked forward to giving the children the experience of riding in the parade each summer.

In 1989, the Morrelli’s retired and turned their childcare centers over to their oldest daughter, Shauna Morrelli Kendell. Today they are still operating as a non-profit Morrelli family business.

We Strive
To Be
The Best 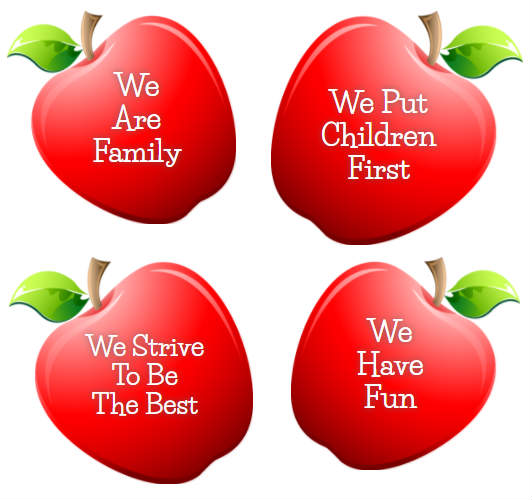 Send Us a Message

Thank you for your interest. For questions or comments, please use the information below. We look forward to hearing from you soon.